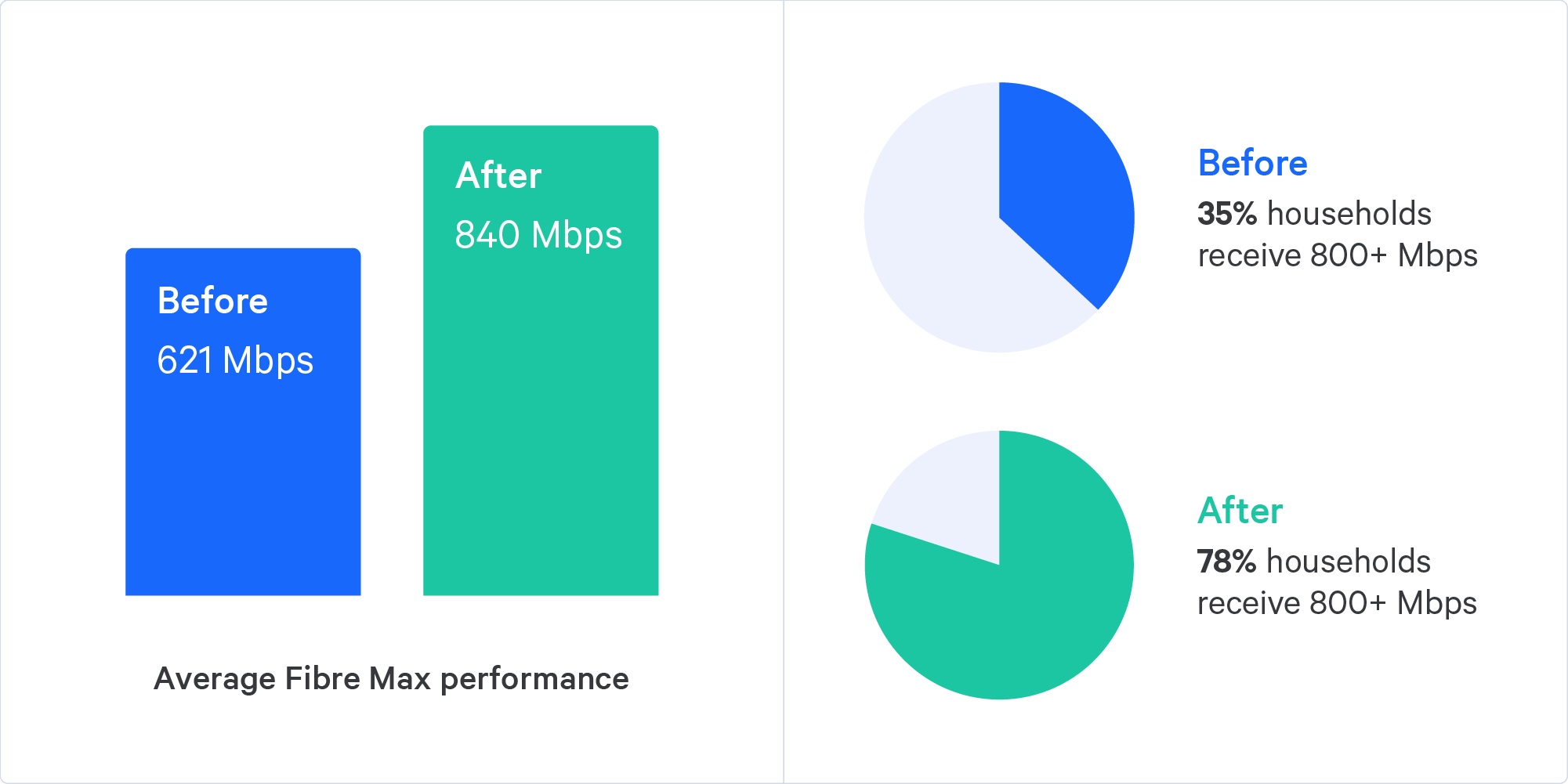 An emphasis on collaboration

The Commerce Commission advocated strongly for a collaborative approach to monitoring New Zealand’s internet performance. A working group of the Commerce Commission, SamKnows, Retail Service Providers, Wholesale Providers was created. SamKnows extended the Measurement Platform to include New Zealand, and once set up, the full suite of Quality of Service and Quality of Experience tests were deployed to measure everything from internet speeds through to specific application performance, like Microsoft Teams, Netflix and FIFA.

“Since [Measuring Broadband New Zealand’s] independent testing programme was launched in 2018, our testing has shown that the performance of Fibre Max plans has varied greatly. For example, just over a third of households on Fibre Max plans achieved download speeds higher than the expected 800 Mbps,” Telecommunications Commissioner Tristan Gilbertson says.

SamKnows quarterly reports showed a problem with Fibre Max, the fastest plan available in New Zealand with advertised speeds of up to 950Mbps. The average Fibre Max household only got 72.4% of its advertised speed. SamKnows data showed there was a clear, consistent, nationwide issue across RSPs for this product.

The working group agreed to investigate the issue to identify what was causing it and how it could be fixed. Different tests were carried out by RSPs and LFCs in conjunction with SamKnows. Quality of Service data from a single Retail Service Provider showed that:

Once the fault was identified, it was easy to recreate. By first working on a single broadband connection, an RSP was able to put a workaround in place to mitigate against the ONT packet loss and increase download speed from 500Mbps to 900Mbps. Once the same fix was rolled out to their entire subscriber base, average download speed increased from under 700Mbps to over 900Mbps.

Determining the main cause of slower speeds meant the wholesaler could implement a design change to shape downstream traffic at the ONT.  This was rolled out across their entire footprint and meant that all measured RSPs saw an increase in speeds. The nationwide Fibre Max average increased from 621 Mbps to 840 Mbps.

Massive speed increase for many customers

While the fix was relatively straightforward and quick to deploy, the problem itself was invisible prior to the launch of the Commerce Commission’s Measuring Broadband New Zealand programme. By working together, the Commerce Commission, Retail Service Providers and Wholesale Providers were able to use the SamKnows Internet Performance Measurement Platform to identify a fault causing widespread impact and fix the fault, dramatically improving internet speeds across the whole country.

Today, the enormously successful programme continues with a focus on Application performance, in particular Video Streaming services like Netflix, as well as Gaming and Social Media metrics.

If you want to improve the internet for your citizens: